Is the price of your home safe?


Housing in Australia is costly, especially in the capital cities of Sydney and Melbourne. In Sydney the median home is now worth $1 million, doubling in the last seven years. Home prices in Melbourne have risen 10% in the twelve months to October 2017.

How to Spot A Real Estate Bubble

Looking at trends in overseas markets such as the US can help to identify if Australia is at risk of a property market crash in the near future.

A real estate bubble indicates that there’s a lot of leverage in the market. Property purchases are made at a stretch, with low interest rates facilitating affordable mortgage repayments.

The danger is that if interest rates rise and property prices drop, over-stretched mortgagees could find they can’t repay their mortgage by selling their home.

In the last year, real wages have declined by 0.3% as the cost of living increases ahead of salaries. Wage growth has been declining since mid-2012, dropping from 3.8% to 1.9% in 2017. The lack of wage growth forces the RBA to keep interest rates low, fuelling the increase in house prices in Sydney and Melbourne.

Part of the reason for lack of wage growth is high levels of underemployment affecting around 14% of the workforce.

Investors generally purchase properties at the cheaper end of the property market, to reduce the proportion of land tax making up the investment. This lifts the price of ‘affordable’ housing, pushing low income earners out of the market. Right now more than 2 million Australians own at least one rental, and more than a quarter of these own two or more.

Nearly 20,000 taxpayers report income for six or more rental properties. Assisted by negative gearing and the 50% capital gains tax discount, owner-occupiers are struggling to keep up.

The Reserve Bank of Australia hasn’t moved the official cash rate from a low 1.5% for 14 months at the time of writing. As overseas markets in Europe and the US recover following interest rate rises, the Australian dollar will fall, forcing the RBA to increase interest rates.

When interest rates do rise, home sales will probably decrease as mortgage payments become less affordable. Would-be buyers will continue to rent instead of purchasing, and many investors will struggle to manage home loan repayments. This could lead to mortgage defaults.

With the Reserve Bank measuring household debt at 194% in 2017, housing represents over 60% of Australian lending. Some borrowers have loans up to six times their income or more - if interest rates rise these will create housing stress by absorbing half of their net income or more.

Is Australia In A Housing Bubble?

Homeownership is falling fast for younger, low income earners as the price for cheaper homes grew much faster than for expensive homes in the last decade.

The reason for this increase in property at the lower end of the market is most likely the high rate of investment lending noted above.

When housing prices rise faster than wages, and banks lend more than people can afford to repay, that’s when a bubble is created.

What’s the government doing about it?

APRA have taken action to reduce investment lending from overseas, as well as reducing interest only home loans. They are currently reviewing the loan-to-income ratios allowed for mortgage lending.

Will The Property Bubble Burst?

Low interest rates, easy lending, rapid population growth and an openness to foreign investment aren’t unique to Australia - this is a worldwide phenomenon in 2017.

Australia could be at risk of a market crash if an interest rate rise precipitates widespread mortgage defaults by investors and owner occupiers. When the market floods with homes for sale that no-one can afford to buy, that’s when prices drop.

How To Minimise Impact If The Bubble Bursts

If housing prices did fall by up to 25%, for investors, it makes sense to discount the property and sell it.

For owner-occupiers, the decision is trickier. A roof over your head is definitely something worth keeping, especially when the alternative properties you could purchase instead have all lost value too.

The best way to protect yourself from consequences of a potential fall in housing prices is to ensure that you purchase with a sizeable deposit, and that you have a buffer in your income to respond to an increase in interest rates.

It’s also smart to diversify your investments, so if you are invested in shares, be aware that 25% of the Australian share market is made up by the big four banks, which in turn rely on mortgages for their income.

Many economists are claiming that the over-inflation of housing prices isn’t a bubble, and that Australian property owners will still emerge unscathed. While we can hope that they are right, it still makes sense to make smart financial choices to reduce exposure to housing debt. 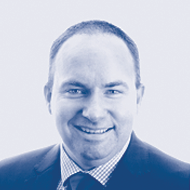 Rob's been in the banking industry for 11 years. For the last 6 years, he's been specifically providing premium mortgage brokering services. He uses his in depth product knowledge to connect clients with the right product at the lowest rate every time.

Rob holds a Diploma in Finance and Mortgage Broking Management, and is an individual member of the Finance Brokers Association of Australia Ltd. Before joining Positive Home Loans in 2013, he gained valuable experience with Westpac, Bank of Queensland and Mortgage Choice.